It’s always best to buy meat that was raised near you — you can talk with the farmer, visit the farm — but if this isn’t possible, try ordering frozen cuts online. (Just keep in mind that you’ll encounter shipping costs.) Here are some independent meat suppliers that ship nationally and make humane animal care a priority:

This impressive Georgia farm sells a wide range of meats through its online store. Beef, pork, lamb, rabbit, goat, chicken, duck, geese… even pet treats. All the animals at White Oak are raised outdoors, on pasture, and rotationally grazed. The farm, run by legendary rancher Will Harris and his family, is also humane certified and certified organic. Some very helpful info about their shipping policies and philosophy can be found here.

This online shop sells beef from Mike Callicrate’s ranch near Colorado Springs. The cattle are fed grain during the second half of their lives, so keep in mind that they’re not entirely grass-fed. (Some consumers prefer the marbling that comes with grain feeding.) Buffalo, elk, goat, lamb, veal, and pork are also for sale, as well as pet foods. You can also buy in bulk from his Cowpool program. Mike is an advocate of humane treatment; his slaughter facility is Animal Welfare Approved and he invented a widely-used humane castration bander for male animals. Plus, he is transparent about what he does; you can visit the ranch any time. 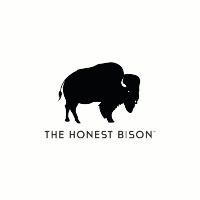 Bison meat found in the grocery store is not necessarily grass-fed. In fact, most American bison spend the last part of their lives eating grain in feedlots. As an alternative, The Honest Bison sells 100% grass-fed steaks, roasts, burgers, and sausages. There’s also bison jerky, bones for broth, and an intriguing mix of ground meat, liver, and heart. All products are sold online and available for shipment nationwide. The bison are initially raised on open range out West, then “finished” on grassy pastures in Wisconsin, where they’re slaughtered in the most humane way possible: right on the pastures where they lived. The name of the company comes from founder Sean Lenihan’s belief that his company’s ranching practices should be completely transparent.

Wild Idea Buffalo Company raises 100% grass-fed bison on thousands of acres in South Dakota. This is in contrast to how most bison are raised in America – partially on grain and in feedlots. Wild Idea, run by Dan and Jill O’Brien, is dedicated to protecting and improving the grasslands on which their bison roam. Numerous cuts are for sale on their website and available for shipment nationwide, including bison ribs, charcuterie, and dried snacks, as well as steaks and roasts. The company brings its mobile processing truck right to where the bison graze, and there the animals are slaughtered, in the most humane way possible: on the very pastures where they spent their lives grazing.

A “CSA” (short for Community Supported Agriculture) is a farm program where a customer pays in advance for weekly or monthly pick-ups of food from the farm throughout a season. Most CSA farms are vegetable farms but many livestock farms offer CSA programs, too. Best way to find one is at your local farmers’ market – ask around. Or search online for a “meat CSA” near you.

Humaneitarian, why is there no information on this site about buying humanely raised meat at a restaurant?

There’s no listing of humane restaurants here because restaurants change their menus and suppliers constantly. Plus, waitstaff are not a reliable source of information about where the restaurant’s meat came from. But here is…

A Short Guide to Eating Out

You walk into a restaurant… determined to eat meat there, but only if it’s been humanely raised. You’re willing to go vegetarian if there’s no meat that matches your morals, but you hope they have something.

Ideally… you would have called the restaurant earlier, or looked at their website. The best time to ask about the meat is before you arrive.

If you can’t get information ahead of time, here are a few potential scenarios that could unfold at your table…

Waitress:  Hi, do you have any questions about the menu?

You:  I was just wondering if any of the meat served here is grass fed, pasture raised, or organic…

Waitress:  Hmmm… I’m not sure, let me check for you.

[She goes and checks, then comes back]

Waitress:  The chef says we offer a grass fed strip steak — it’s this one right here [she points to the menu].  But that’s about it. And nothing organic.

You:  Ok, thanks. I’ll have that steak. And thanks for checking for me.

[An ideal scenario. The eater’s question is specific and avoids the word “humane,” which can be interpreted differently. The server checks with the chef or owner, she doesn’t guess. And the eater thanks the server!]

You:  Oh, it says here on the menu that your pork is from Pretty Pastures Farm. I was just wondering if you know how they raise their pigs?

Waiter:  Sorry, I don’t. And I think the chef is too busy right now for me to ask.

You:  Ok, no worries. I think I’ll pass on that dish then. I’ll have the veggie chili instead.

[You take out your smartphone and jot down the name of the farm so you can research it later.]

Waiter:  You’re smart to ask, by the way. Between you and me, I think Pretty Pastures isn’t so pretty…

[An unclear scenario. The eater is skeptical about farm names – all of us should be – and doesn’t choose the meat because not enough is known about it.]

You:  Yes, but before I do, I was just wondering if you guys serve any local meat?

Waiter:  Well, I think we get our chicken from around here.

You:  You’re not sure, though?

You:  Oh. Would you mind asking someone?

Waiter:  Oh, no. Don’t tell me you’re like those annoying characters on Portlandia who want every last detail on how the animal was raised. We don’t have a “file” on each chicken we serve. And even if we did, I’ve got 10 other tables waiting for their food.

You:  You must be having a bad day.

You:  I’m so sorry. It’s just that I care about animals, and I don’t want my money to support the terrible conditions in which most farm animals are raised.

Waiter: Well, fine. I’ve heard about “factory farms” but I’ve never had anyone come in here asking about the meat…

[Note: A nightmare scenario – but an educational opportunity!]

Was this page helpful to you?  Please let me know.

Whether you buy meat online, from a CSA, or in bulk, you may not have enough room in your kitchen freezer to store it all. Don't let lack of freezer space keep you from buying humanely raised meat!

Investing in a standalone chest freezer (or upright freezer) could actually save you money because it allows you to buy humanely raised meat in greater quantities - which often means lower prices.

Here is a great guide from Consumer Reports on what to know about buying a freezer.