A humaneitarian influenced by Panama, Siberia, and American documentaries 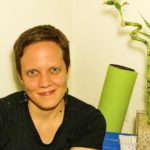 I grew up quite conscientious about the food I eat because my mom, who is originally from Germany, expressed quite a bit of her U.S. culture through skepticism of the food industry, having grown up on a farm and with a strong level of awareness for what was natural.

I had experimented with vegetarianism and with just eating fish and chicken, but I still really liked to eat meat every once in a while, and since my paternal grandfather was a butcher, meat was a pretty common dish in my family.

After graduating from college I went into the Peace Corps in Panama. There I lived in a small village where I was surrounded by farms, and virtually everyone had chickens, cows, or pigs on their land. I even raised a few chickens myself and learned to slaughter and clean them. Needless to say it gave me a whole new appreciation for the meat I eat. I also just gained a greater appreciation for knowing where my food comes from and the impact it has on the people growing it.

When I got back to the U.S. I found movies like “Food, Inc.” and “Vegucated,” etc. that made me so disgusted I completely avoided meat for several months. Then I remember seeing another movie about a man in Siberia who relied on hunting in order to feed himself and his family. What stood out to me was how thoughtful he was about the animals he had to kill in order to eat, how aware he was about the life he was taking for his own well being. I really appreciated this and wanted to have the same kind of awareness and appreciation for what I eat in general, since plants are alive, too, if you think about it.

So I’m thrilled to have found the Humaneitarian website and continue to learn about what different labels mean. I shop mostly at Whole Foods, buying at Step 3 or above for chicken and beef. I also think it’s important to create more self-sufficiency at the local level in terms of food production so as to reduce dependency on volatile global food markets. When I eat at restaurants I generally eat vegetarian or I look into where their food comes from. I also generally eat red meat very rarely and will often still eat vegetarian at home. Also, before I eat, especially before I eat any meat, I take a moment to be grateful for it.

I’m happy to continue this journey of learning and I hope to be able to source all my meats from pasture-raised animals that have been given the best quality of life possible.