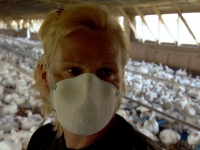 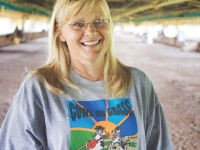 Twelve minutes into the 2009 documentary “Food, Inc.,” Carole Morison  appears on the screen — haggard, tired, quietly seething. Squinting into the sun, she tells the camera, “I’ve just made up my mind I’m gonna say what I have to say,” and she proceeds to show and tell.

Wearing a face mask, she steps inside one of her chicken houses, where she is raising broilers for Perdue. Inside she reveals a crowded sea of birds bumping into each other and squawking in agitation. Chickens are shown taking a few steps and falling down — due to the weight they’ve been bred to put on rapidly. Others are on their back, gasping for breath inside a chicken house they cannot leave. Carole picks up a few dead birds and throws them in a pile.

She walks back outside, removes her face mask, wipes the dust off her face, and says with disgust, “That’s normal.”

But it’s far from normal today. Carole Morison is still stepping into her chicken houses in Pocomoke, Maryland, but now the chickens follow her. Rather than flee, they try to roost on her shoulder. Now she doesn’t have to wear a face mask, and she’s hopeful that she may be able to take antibiotics again after years of developing allergies while using Perdue’s antibiotic-laden feed. And in a widely circulated photograph taken for Flavor magazine (top, right), she looks 10 years younger than she did in the movie (top, left).

“Everybody tells me that!” she said in a recent phone interview. “I just look at the new photo and say, man, I need to get my hair cut.” 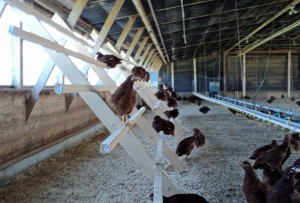 Last year, in an inspiring turnaround, Carole and her husband, Frank, launched a pastured egg operation on their Bird’s Eye View Farm. When Perdue terminated their contract just before “Food, Inc.” was released (the reason given was Carole’s refusal to use dark, tunnel-ventilated chicken houses) it seemed unlikely they’d ever get back into farming. On the Delmarva Peninsula, nestled between the Chesapeake Bay and the Atlantic, the vast majority of chicken farmers work for big agribusiness, entering into contracts in which they don’t own the birds or have much say in their raising but are expected to invest in the expensive infrastructure to house and feed them. Carole wasn’t about to do that again. 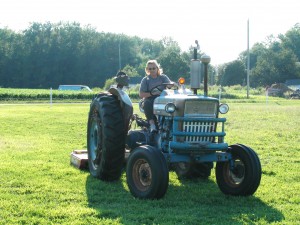 What’s more, the farm is certified by Animal Welfare Approved (AWA), a program that sends auditors to farms to make sure they’re complying with AWA’s strict animal welfare standards. (Her husband does consulting for AWA, but according to the organization’s transparency standards, he is not allowed to certify his own farm.) The farm is the first on the Delmarva Peninsula to be AWA approved.

“At the risk of sounding cliché, these are happy chickens,” Carole told me. “The industrial chickens — it was almost like they had no brain. My son used to say they had mental issues. And they had no personality. They would always try to get away from you, but at the same time they had no energy.” I asked her what breed they were. “No idea. Perdue breed.”

A little known fact about Carole — it wasn’t mentioned in “Food, Inc.” — is that while she was a contract grower, she was also a committed activist, working for social justice for poultry farmers on the Delmarva, which has one of the highest concentrations of chicken farms in the country (not to mention problems with contamination of the Chesapeake Bay, partially due to runoff of manure and fertilizer.) For a spell, she was executive director of the Delmarva Poultry Justice Alliance, a collaboration of farmers, workers, environmentalists, animal welfare activists, clergy, and public health officials. Her husband was a founding member of the National Contract Poultry Growers Association. 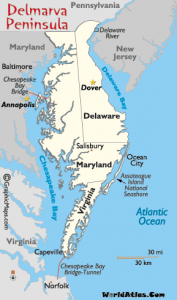 In “Food, Inc.,” — which traces the corporate takeover of American agriculture — it was reported that the average contract poultry farmer borrows $500,000 to build poultry houses, but makes only $18,000 a year. Noting that her fellow farmers are probably too poor to buy her pastured eggs, Carole blames companies that lure farmers and workers, then let them down with low pay and mounting debt.

“They set up shop in poor, rural America and they’re like the savior — kind of like Wal-Mart,” she says.

Having been a contract grower for so long, and never believing there was another way, Carole understands why other chicken farmers in her region are reluctant to give up their contracts and branch out on their own. But she believes her farm could be a model for her neighbors, whom she willingly talks to about her new farm. She also speaks to schoolchildren around the country who watch “Food, Inc.” in their classrooms, telling them that change is possible.

“This is what we want to do,” she says. “But we also hope it’ll plant seeds.”

Read more about Carole Morison’s new life on her blog, Food for Thought.