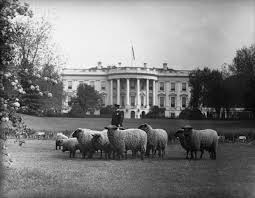 Sheep grazing outside the White House during the Woodrow Wilson presidency

A popular post on Humaneitarian’s Facebook page is proving that people have serious questions for the presidential candidates about how they would support our local farms — including the farms that provide our nation’s most humanely raised meat.

I asked Facebook followers what question they would pose to a presidential candidate (of either party) if allowed one food-related query. The answers were varied, and kicked off with Humaneitarian’s question:

To this, Alan replied:

And Marcus echoed that:

This inspired a few comments from (presumably) farmers who are frustrated by government regulations:

Then Linda brought it back to the subject of subsidies: 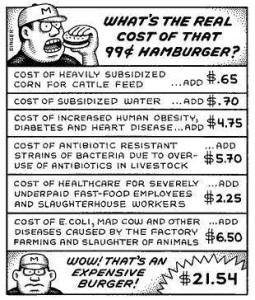 And Jenn noted the loyalty of one candidate to agricultural issues:

(For the record, only one presidential candidate — Bernie Sanders — has a page on their campaign website devoted to animal welfare issues – see it here. Only Sanders, Rubio, and Carson have a page outlining their food and ag positions.)